POOHLICIOUS Oh, The Wonder of Me

Released and published by Tuscany Bay Books, this book is available worldwide in print across all platforms

The third installment of the Poohlicious series. Teaching children and parents to appreciate themselves. Praise for Poohlicious: "Oh the Wonder of Me!" Book three in the Poohlicious series is carrying on the tradition of seeing the wonderfulness in each child. Oh, the Wonder of Me, shares both the funny parts of children and the things that make them different, teaching them that they are okay no matter what. Having different shaped ears, hair that won't behave and doing things in their own style is what childhood is full of. Join us with your Poohlicious as we journey through the funny and sometimes awkward parts of childhood while learning empowering I AM statements to carry with them as they grow. Wonderful for ages four through seven. Let's get them started early on a road to self-belief and empowerment.

More Books in The Series:

“This short, sweet story will tug at your heart and put a smile on your face. Little ones will want to hear it over and over again” 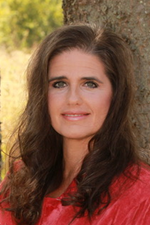 Mrs. Jackson is a special needs advocate and an Ambassador Advocate for AutismTn. She co-founded and co-hosts Writers Corner Live TV and Special Needs TV Shows that air on Facebook, Twitter, LinkedIn, Periscope, and YouTube. Writers Corner Live features author interviews and all things in the writing world. Special Needs TV features interviews and resources for parents, families, and caregivers. Jackson is also working on an edutainment YouTube channel with her son featuring children’s book reviews and family fun and education.

Mrs. Jackson is a very busy mom and wife. She loves nature, being creative, anything funny, and inspiring others to believe in themselves. She lives her hubby, three kids, and dog in the Nashville area. 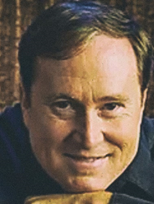