May 29, 2021: Lucid House Publishing prides itself on seeking out and developing key talents in the literary arts. The company, founded by authors for authors, offers a bespoke publishing solution — a fancy way of saying that the Lucid House team works with an author, whose work is a good fit for the publishing house, in whatever capacity you need to get your book ready for publication. Whether your project requires content editing, ghost writing, cover design, interior layouts, or consulting, Lucid House helps authors devote their time to match their goals for their unique projects.

As a relatively new publisher, Lucid House’s business model — treating other authors the way the award-winning founders and authors, Echo Montgomery Garrett and Connor Judson Garrett, want to be treated — has faced challenges competing within an expansive book market where only four big traditional houses remain and where self-publishing is becoming an even stronger trend. Gauging the effectiveness amongst readers and book market share alike has been challenging particularly when its major new releases all came out during the pandemic. But that all changed today!

Lucid House Publishing, an Atlanta-based company, has one Winner and four Finalists (one a consulting client) in the prestigious 15th Annual National Indie Excellence Awards, sponsored by Smarketing LLC., a company established in 2007 by Ellen Reid, an entrepreneur who has guided hundreds of authors in creating their own publishing companies and producing books of outstanding quality.

The award submissions number in the thousands, making it quite an honor to have even one Finalist much less four plus a category Winner, all in hotly contested categories. 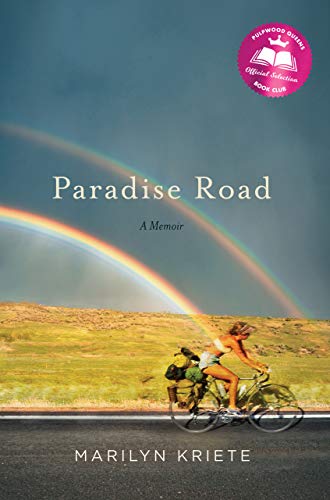 A restless child of the 1960s, Marilyn yearns for love, hippiedom, and escape from her mother’s control. At 14, she runs nearly a thousand miles away to Vancouver, British Columbia, eventually landing herself in a Catholic home for troubled girls. At 16, she’s emancipated, navigating adulthood without a high school diploma, and craving a soulmate. When she falls in love with Jack, the grad student living next door, life finally seems perfect. The two embark on a cross-continental bicycle trip, headed for South America, but before they reach Mexico, Jack dies. Utterly shattered, Marilyn does the hardest thing she can imagine: a solo bicycle trip, part tribute, part life test. She conquers her fears but goes wildly off course, chasing her heart as she falls into a series of tragicomic rebounds. Two itinerant years later, a chain of events in Montana’s Bitterroot Mountains leads to a peace she never expected to find.

Reminiscent of Wild and Travelling with Ghosts, Marilyn’s journey portrays a life unmoored by grief, brought to shore again. 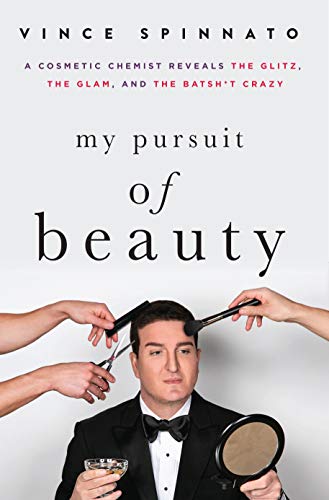 At age 10, Vince Spinnato watched TV soaps with his grandmother and became enamored with the characters on The Young and the Restless, who owned a cosmetics firm. He vowed he would follow in their footsteps and chose a name - VS Vincenzo. In his unconventional memoir, Spinnato shares the inner workings of the multi-billion-dollar beauty industry with entertaining tales about creating beauty products and fine fragrances for celebrities including Michael Jordan, Jennifer Lopez, Jessica Simpson, Lindsay Lohan, Gwen Stefani, and many others.

Spinnato also shares some of his life's most bizarre situations: the time he survived a tornado in Iowa while being tethered to a bridge; another when he became stuck inside a resort water slide that involved melted butter and a rescue by the fire department; an embarrassing meetup with film star Lauren Bacall; and his terrifying flight post 9/11 that was nearly shot down by fighter pilots.

Transforming himself into a well-known serial entrepreneur and beauty industry expert was no small feat. Along the way, Spinnato dealt with incessant bullying, coming out, dyslexia, body dysmorphia, trichotillomania, and multiple betrayals. "A devastating breakup was the last straw", he says. "At age 20, I got in my car, waved goodbye to New Jersey and headed to Hollywood, determined to launch my career."

He eventually founded TurnKey Beauty, Inc., to develop beauty and personal care products for celebrities, as well as major retailers (more than 300 products and counting). A contributor to Vogue, Vanity Fair, Harper's Bazaar, W, Esquire, and GQ, the cosmetic chemist founded Aegean Skincare, LLC and Vincenzo Skincare, LLC. In My Pursuit of Beauty, Spinnato not only reveals behind-the-scenes tales of working with the rich and famous, searing stories of loves lost, and his scramble to make it, but also his moving journey to self-acceptance. 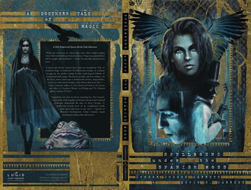 Young Gareth Greyfin must find a way to save his father Samuel after he is bitten by a one-eyed snake. With little time before the venom will reach his father’s heart, Gareth follows his father’s instructions to bring him to a cabin in the swamps outside of Savannah, Georgia — the home of a witch with a fearsome reputation.

The witch sends the fearful young man on a quest for five ingredients for the potion that offers the elder Greyfin’s only hope. Accompanied by the witch’s raven as a guide, Gareth’s desperate journey leads to encounters with a cast of characters that defy imagination. The duo is joined by an old banjo player, and they learn that heroes come in unexpected forms.

Along the way, Gareth learns a family secret and a deception threatens to destroy his budding friendship with the Raven and possibly the life of his father. Will his bargain with Evangeline pay off or will Gareth be the one to pay the price?

Spellbound Under the Spanish Moss is the first fantasy novel in the Spellbound Series. Fragrance of a Shadow: A Tale of True Love and Other Legends (Book 2) is slated to be released in February 2022.

To request additional review copies or an interview with any of the Winners or Finalists,
please contact Mickey Mikkelson at Creative Edge Publicity: mickey.creativeedge@gmail.com / 403.464.6925.