SPELLBOUND UNDER THE SPANISH MOSS

Released and published by Lucid House Publishing, this title is available worldwide in paperback and e-book.

Young Gareth Greyfin must find a way to save his father Samuel after he is bitten by a one-eyed snake. With little time before the venom will reach his father’s heart, Gareth follows his father’s instructions to bring him to a cabin in the swamps outside of Savannah, Georgia—the home of a witch with a fearsome reputation.

The witch sends the fearful young man on a quest for five ingredients for the potion that offers the elder Greyfin’s only hope. Accompanied by the witch’s raven as a guide, Gareth’s desperate journey leads to encounters with a cast of characters that defy imagination. The duo is joined by an old banjo player, and they learn that heroes come in unexpected forms.
Along the way, Gareth learns a family secret and a deception threatens to destroy his budding friendship with the Raven and possibly the life of his father. Will his bargain with Evangeline pay off or will Gareth be the one to pay the price? 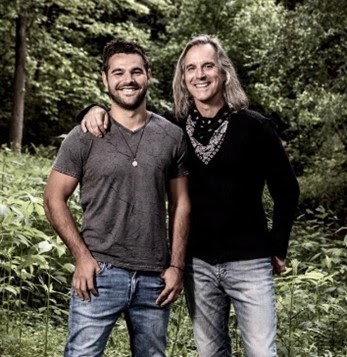 Connor Judson Garrett is the author of the novel Falling Up in The City of Angels, the co-author of the Book Excellence Awards Finalist in the Young Adult genre Spellbound Under The Spanish Moss, along with several surrealist poetry books. Besides book writing, Garrett writes blogs, website copy, and content for major brands like SnackNation, ZipRecruiter, and Texas Pete. Kevin Garrett is a professional advertising photographer and writer, whose work has appeared in numerous publications, including Vogue, Forbes, Coastal Living, Boulevard, The Atlanta Journal-Constitution, and Private Clubs.
Posted by J.M. Northup at 9:00 AM