THE SECRET OF EXCALIBUR
Excalibur Saga Book One

The book is available worldwide in digital and print across all platforms!

His superpowers made him invincible.

Or so he thought. 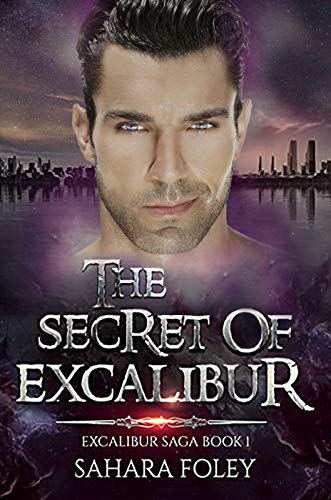 Ever since his head injury, Arthur has become fearless – arrogant even.
The CIA? FBI?
He laughed in their faces and teleported half-way around the world. To England, of all places. The Institute of Psychic Research, to be exact. One of the doctors there sets his heart throbbing.
Ruth Burns is a feisty red head who wants nothing to do with the obnoxious American. However, her boss, and his colleague, Commander Dobie, have other ideas. They devise a plan to use her to control Arthur and his abilities.
Tired of Dobie’s bureaucratic nonsense, Arthur teleports to the countryside with Ruth by his side. They end up at Lake George. A place where Ruth previously had a horrifying encounter with The Lady of Lake and the legendary sword, Excalibur.
When Arthur gets mentally scanned by something Metal, Alive, Not Moving, he is compelled to hunt for the infamous pair. Suddenly, their trip turns into a military expedition and they realize there are more secrets hidden beneath the dark waters than anyone imagined.
And to top it off, unknown forces are causing Arthur’s powers to go wonky. He’s losing control. Fear has become the order of the day.
Will Arthur be able to recover his abilities in time to prevent WWIII? His next move may determine the fate of the world.
You’ll love this snarky urban fantasy / sci-fi adventure
because the twists, turns, and smoldering romance makes you want to keep turning the pages!

The Secret of Excalibur is a 2016 Readers' Favorite Honorable Mention award winner
in the Fiction - Fantasy - Urban genre. 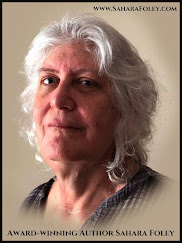 Sahara Foley, in collaboration with her beloved late husband, writes urban and dark fantasy, science fantasy, and the occasional horror tale. She is an international award-winner and the first book in her Excalibur Saga series has been an Amazon bestseller multiple times.
In 2018, she teamed up with friend and fellow author J.M. Northup to start Norns Triad Publications. They represent four authors under their brand.
Sahara was born and still resides in the Midwest. Insurance Guru during the day, on her time off she enjoys reading, gardening, traveling with her family, helping fellow authors, and her secret passion – gaming.
She is currently working on a new fantasy, time-travel story titled, Time Stones, slated to be released the middle of 2021. You can connect with Sahara on her website, Facebook, and Pinterest.

To request additional review copies or an interview with Sahara Foley, please contact Mickey Mikkelson at Creative Edge Publicity: mickey.creativeedge@gmail.com / 403.464.6925.
Posted by J.M. Northup at 9:00 AM