An Epic YA Fantasy Adventure 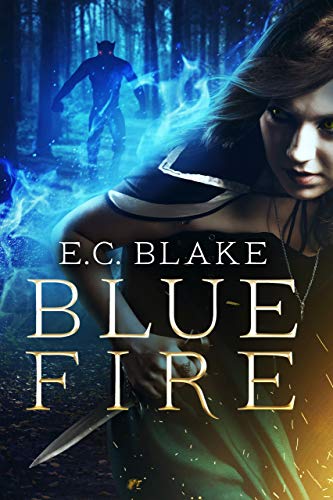 Blue Fire is set in the kingdom of Nevyana, twelve cities strung along a connecting river and highway like pearls on a necklace, inhabited by three very different cultures that hate and mistrust each other.

Centuries ago, the people of Nevyana were forced to leave their old kingdom across the sea after it was devastated by the War of the Twelve Gods. The only three Gods to survive that war, Vekrin of the Earth, Arrica of the Sun, and Ell of the Moon, agreed to leave the affairs of men alone–but not until they gave their followers a few final magical Gifts.

Vekrin and Arrica gave their followers the gift of Blue Fire, a powerful force that could provide light, heat, and protection–or be turned into a powerful weapon. But Ell chose instead to utterly transform her followers into the almost feline Nightdwellers, nocturnal creatures with fur, teeth, and claws.

Enmity quickly arose among the three groups, and now the Nightdwellers rule the night, killing any ordinary humans they catch out after sunset. Vekrin’s followers became the Citydwellers, retreating behind stout walls of stone, protected by the Blue Fire-powered firelances of the Priests. And Arrica’s followers became the Freefolk, able to travel through the wilderness protected by a Fence of Blue Fire, but always in danger of Nightdweller attack.

When sacred objects for channelling Blue Fire are stolen, three sworn enemies, Petra of the Citydwellers, Amlinn of the Freefolk, and Jin of the Nightdwellers, set out to find them, and their paths converge on a collision course with the truth. Can they bridge the centuries-old division among their communities? Or will their search for the truth and the explosive power of Blue Fire signal the end of Nevyana? 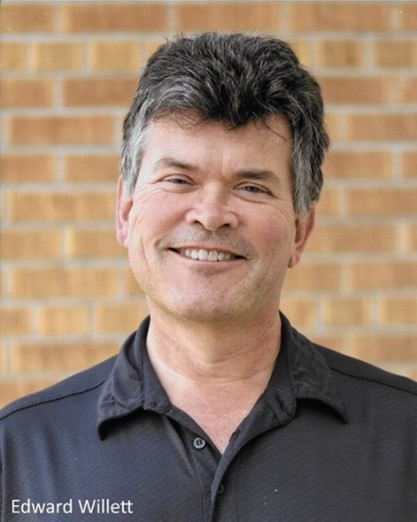 E.C. Blake is a pseudonym of Edward Willett, the award-winning author of more than sixty books of science fiction, fantasy, and non-fiction for readers of all ages. Based in Regina, Saskatchewan, Canada, Willett won the Aurora Award (Canada’s top science-fiction award) for Best Long-Form Work in English for his 2009 novel Marseguro (DAW Books), as well as a Saskatchewan Book Award and others, and has been shortlisted for these and other awards many times. His latest novel under his own name, The Moonlit World, Book 3 in his Worldshapers series, came out from DAW Books in September. Willett is also host of The Worldshapers podcast (theworldshapers.com), which features interviews with other science fiction and fantasy authors about the creative process. More information about E.C. Blake can be found at: Edward Willett | Award-winning science fiction/fantasy author