Some Writing Is Music To Our Ears!

It is 1 am on Saturday August 16th, 1969 and Melanie Safka, a folk singer at the tender age of 22 years old moves herself onto the stage at the Woodstock Music Festival to perform songs echoing love, beauty and freedom.  Following a one-hour performance by Ravi Shankar, playing her music in front of 400,000 flower children would only be one precious moment in her music career.  Three years later and one recording contract later, Melanie Safka would ultimately record two singles that would take her into the mainstream music scene,  “Lay Down (Candles In The Rain)”, which would reach number six on Billboard and “Brand New Key”, which would become number one on the Billboard Hot 100 and become an international bestselling single reaching No. 1 in Canada and Australia and No. 4 on the UK Singles Chart. 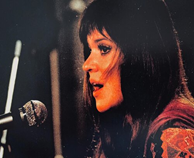 Who knew that over 50 years later, Melanie’s trademark of success and songs would still be relevant and vital to society, she certainly could never have imagined that!  Roll forward to 2021 and Ms. Safka’s journey continues.   The influential singer-songwriter’s legacy now moves forward as she has been nominated for a Lifetime Achievement Award given by Folk Alliance International in conjunction with the 2021 International Folk Music Awards.   Influential and inspiring, this Award will be given to one individual with competition stemming from key influencers both living and those in legacy.  The award, voted on by members of the Folk Alliance International is given and recognized by folk music industry leaders, legends, unsung heroes, and rising talent.  Although the award has not been won as of yet, the sheer magnitude of being nominated is a testament to Melanie’s longevity and success as a singer-songwriter.

More information about the award can be found at:
Announcing the nominees for the 2021 International Folk Music Awards - Folk Alliance International

To celebrate the revitalized success Melanie is having, there will be a livestream concert event on January 30th and you can join the concert through the following link:
https://www.facebook.com/events/340082417061967 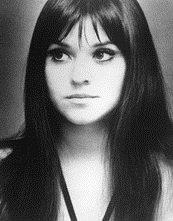 Melanie landed in the New York City music and radio scene in the late 1960’s. Her first single, Beautiful People immediately became a turntable hit. Her first tour began with an impressive 40-day run of shows at Paris’world-famous L’Olympia Theater at the invitation of Bruno Coquatrix.  In the years to come, she would entertain millions: at an Aquarian Exposition (the 1969 Woodstock Music Festival), at Carnegie Hall, the Isle of Wight and Glastonbury music festivals, the Sydney Opera House, the South Korean DMZ, the Theatre Royal Drury Lane, the Royal Albert Hall, and many many more theatres, halls, and beloved music clubs around the globe.

Melanie launched Neighborhood Records, making her the first American woman to open a mainstream record label, she has recorded over 20 chart hits and many have been re-recorded.  Melanie received an Emmy after composing lyrics for the theme song of the hit television series Beauty and the Beast.  “What Have They Done To My Song Ma” was re-recorded by Ray Charles with the Count Basie Band.  Nina Simone delivered a remarkable rendition as well.  “(Lay Down) Candles in the Rain” was re-recorded by Mott the Hoople on their 1971 album Wildlife.  Meredith Brooks and Queen Latifah later recorded the anthem.  “Some Say (I Got Devil)”was re-recorded by Smith’s frontman Morrissey. These are only a few of the many performers who have re-recorded Melanie’s works.   She has always known her calling in life was to entertain.

Audiences have welcomed her to the stage for more than fifty years, and she continues to perform today.

More information about Melanie can be found at the following: