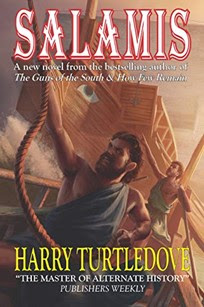 A new novel by one of the most acclaimed writers of alternate history in the world; a New York Times bestselling author who has been crowned as ‘the Master of Alternate History’ by Publisher Weekly and has won virtually every major award associated with the genre.

Salamis is the fifth (standalone) novel in Harry Turtledove’s critically acclaimed Hellenic Traders universe, detailing the adventures of two cousins, Menedemos and Sostratos, who work as seaborne traders following the death of Alexander the Great.

This time the stage is one of the greatest sea battles ever fought in ancient times; the Battle of Salamis of 306 BC.

The small, free, and independent polis of Rhodes is trying to stay neutral between the local great powers, each ruled by one of Alexander the Great’s marshals: Asia Minor, controlled by one-eyed Antigonos, and Egypt, under the rule of Ptolemaios.
As tensions between the great powers escalate, Menedemos and Sostratos are trying to resolve their own problems, oblivious to the fact that one of the greatest navel fleets in ancient history is about to set sail. Ptolemaios, needing shipping to carry weapons for the army he intends to land, coerces Menedemos into bringing their ship, the Aphrodite, along as part of his expeditionary force. And so, very much against their will, Menedemos and Sostratos become small parts of one of the ancient world’s most significant naval battles. 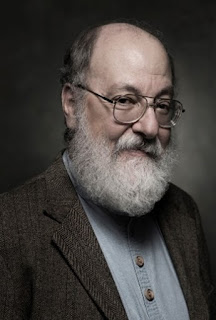 Dubbed as “The Master of Alternate History” by Publishers Weekly, Harry Turtledove has written a number of classic bestsellers in the subgenre, including How Few Remain, The Guns of the South and The Man with the Iron Heart.

He uses his study of history (with a Ph.D in Byzantine history) to create alternate worlds in intricate detail, crafting enthralling adventures that have garnered him high critical praise as well as making him one of the most successful bestselling authors in alternate history.

Turtledove has won, or been nominated, for nearly every major award in science fiction (multiple times, for many) including the Hugo, Nebula, Sidewise (alternate history), Homer (short stories), The John Esten Cooke Award for Southern Fiction and the Prometheus Award. Many consider him to be one of the most distinguished authors of alternate history to have ever written in that sub-genre―he is certainly one of the most critically acclaimed.

Harry Turtledove is married to novelist Laura Frankos. They have three daughters, Alison, Rachel and Rebecca.