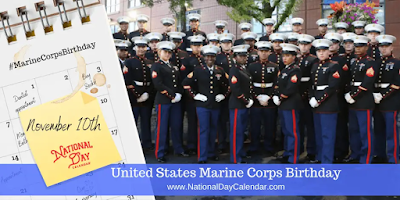 https://nationaldaycalendar.com/united-states-marine-corps-birthday-november-10/
The Continental Marines was created on November 10, 1775.  It was established to augment Navy forces during the American Revolution.  As the first recruiting station was setup in Philadelphia at the Tun Tavern, this is considered the birthplace of the branch.

After the war, the Continental Marines were abolished due to financial reasons.  However, they were reinstated as the Corp, under the United States Navy, on July 11, 1798.