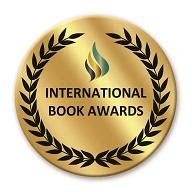 NYT BESTSELING AUTHOR TOSCA LEE WINS TWO INTERNATIONAL BOOK AWARDS FOR PANDEMIC DUOLOGY
{July 25, 2020} New York Times bestselling author Tosca Lee won two International Book Awards this week—one each for her 2019 pandemic thriller, The Line Between, and its 2019 sequel, A Single Light.
The double win is the latest highlight in a series of award nominations for the duology, which have already won Literary Titan silver (The Line Between) and gold (A Single Light), and finaled for many others including the High Plains Book Awards, the Library of Virginia’s People’s Choice Awards, Oklahoma Romance Writer’s National Readers’ Choice Awards (The Line Between), Killer Nashville’s Silver Falchion, and Realm Makers Awards (both books). The Line Between was also a Goodreads Choice Awards semifinalist for best mystery/thriller of 2019.

In this frighteningly believable thriller from New York Times bestselling author and master storyteller Tosca Lee, an extinct disease re-emerges from the melting Alaskan permafrost and causes madness in its victims. For recent apocalyptic cult escapee Wynter Roth, it’s the end she’d always been told was coming.
When Wynter Roth finally escapes from New Earth, a self-contained doomsday cult on the American prairie, she emerges into a world poised on the brink of madness as a mysterious outbreak of rapid early onset dementia spreads across the nation.
As Wynter struggles to start over in a world she’s been taught to regard as evil, she finds herself face-to-face with the apocalypse she’s feared all her life—until the night her sister shows up at her doorstep with a set of medical samples. That night, Wynter learns there’s something far more sinister at play: that the prophet they once idolized has been toying with the fate of mankind, and that these samples are key to understanding the disease.
Now, as the power grid fails and the nation descends into chaos, Wynter must find a way to get the samples to a lab in Colorado. Uncertain who to trust, she takes up with former military man Chase Miller, who has his own reasons for wanting to get close to the samples in her possession, and to Wynter, herself.
Filled with action, conspiracy, romance, and questions of whom—and what—to believe, The Line Between is a high-octane story of survival and love in a world on the brink of madness, from “the queen of psychological twists” (New York Times bestselling author Steena Holmes).

In this gripping sequel to The Line Between, which New York Times bestselling author Alex Kava calls “everything you want in a thriller,” cult escapee Wynter Roth and ex-soldier Chase Miller emerge from their bunker to find a country ravaged by disease, and Wynter is the only one who can save it.
Six months after vanishing into an underground silo with sixty others, Wynter and Chase emerge to find the area abandoned. There is no sign of Noah and the rest of the group that was supposed to greet them when they emerged—the same people Wynter was counting on to help her locate the IV antibiotics her gravely ill friend, Julie, needs in order to live.
As the clock ticks down on Julie’s life, Wynter and Chase embark on a desperate search for medicine and answers. But what they find is not a nation on the cusp of recovery thanks to the promising new vaccine Wynter herself had a hand in creating, but one decimated by disease. What happened while they were underground?
With food and water in limited supply and their own survival in question, Chase and Wynter must venture further and further from the silo. Aided by an enigmatic mute named Otto, they come face-to-face with a society radically changed by global pandemic, where communities scrabble to survive under rogue leaders and cities are war zones. As hope fades by the hour and Wynter learns the terrible truth of the last six months, she is called upon once again to help save the nation she no longer recognizes—a place so dark she’s no longer sure it can even survive.
Fast-paced and taut, A Single Light is a breathless thriller of nonstop suspense about the risks of living in a world outside the safe confines of our closely-held beliefs and the relationships and lives that inspire us.

The International Book Awards celebrates excellence in all sections of the publishing industry. Over 2000 entries were submitted to this year’s awards.