BOOK TWO IN THE BLUE HELIX SERIES
BY KATHRIN HUTSON 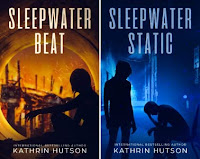 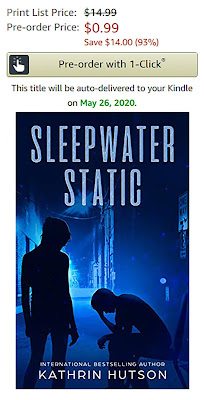 They say home is where the heart is. Now that Sleepwater's on the run, home is just another place to hide.

Wyoming’s Sleepwater chapter is on the run, hunted for their ability to spin a beat. With little time to mourn the members they’ve lost, Bernadette Manney takes the group to the one place she swore she’d never see again: the cabin in Hollywood, South Carolina. It’s remote enough to lay low and catch a break, but not for long.


Their beats are condemned as mutations, radical terrorist tactics, and felonies punishable both by and outside the law. Bernadette thought Sleepwater would be safe here, but returning to her Southern roots unleashes more demons than she left behind. Her past, her love, and even her own flesh and blood won’t let her move on through a venomous society intent on rooting out her people. Now, to bring a mother’s first child safely into an unsafe world, Bernadette must face her own shame from before Sleepwater itself was born. But redemption and forgiveness may be too much to ask, and it may just be too late.
PRAISE FOR BOOK ONE: SLEEPWATER BEAT
Now an international bestseller and Award-Winning Sci-Fi Finalist in the 2019 International Book Awards

“Kathrin’s arresting prose style is present from page one throughout this impressive novel. She knows the importance of setting a mood for a dystopian adventure… Mystery, adventure, extraordinarily unique unveiling of human powers, and a very fine LGBTQ romance all combine in Kathrin’s skilled hands to create a very powerful and satisfying novel – and one that has fine potential for a blockbuster film! This author has polished skills.”
-Grady Harp, San Francisco Review of Books