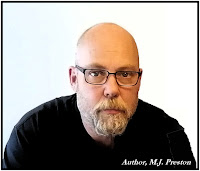 1.   Tell us about your story:
o   What is the name of your book?
·   HIGHWAYMAN and FOUR. Both books encapsulate a single story that starts with the evolution of a serial killer from his first fledgling kill to becoming number one on the FBI’s most-wanted list. It follows the two seasoned FBI investigators, Agent Lewis Ash who is in a race against retirement, and Agent Dave Maxwell, who takes over the hunt.
o   When and where is your tale set?
·   The story spans from 2000 to 2008. These two books take place all over the United States and with tentacles into Bucharest, Romanian. Much of it centers around Louisville, KY, Lawrenceville, PA, upstate New York.
2.   Who are you?
o   What is your name?
·   Lance Belanger, aka Highwayman.
o   Are you a fictional or historical character?
·   Fictional
o   Are you a human, animal, alien, robot, or something completely different?
·   Human
o   Are you good, bad, or indifferent?
·   Bad, and also, psychotic, narcissistic, and sociopathic.
3.   What do we need to know about you?
o   What is your personal goal?  I mean, what do you ultimately want?
·   To be the greatest serial killer of all time.
o   What is standing in your way?  What conflict(s) do you face?
·   Being tracked by the FBI. Lack of media coverage.
o   What motivates you?
·   Murder
·   Infamy
·   Power
o   If you would change one thing about yourself, what would it be, and why?
·   Sometimes I lose control of the monster inside me, and this often leads to irrational, wreckless behavior and mistakes that could lead to my apprehension.
4.   How do I get a copy of your book(s)?
o   You can purchase the books in this series here: