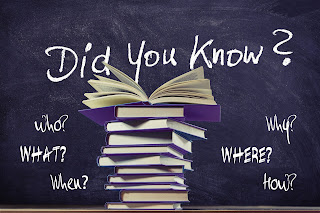 #DidYouKnow is a Blog Series on www.jmnorthup.com and www.nornstriad.com
WILLIAM FAULKNER (1897 - 1962)

William Faulkner is considered to be one of the most influential authors of all time.
He was awarded the Nobel Prize in Literature in 1949 (receiving it in 1950).
His books, A Fable (1955) and The Reivers (1963), both won the Pulitzer Prizes.

By primarily depicting the peoples and culture of his native Mississippi, William Faulkner helped to define the modern southern-American-influenced style of the 20th century.

Born to a well-to-do family, this amazing author grew up in one of the poorest towns in the United States.  Denied entry into the U.S. Air Force because of his height, he enlisted in the RAF - that was when he changed his name from 'Falkner' to 'Faulkner' (as it appeared more British than American) and he affected an accent to complete his new persona.

William Faulkner's books, The Sound and the Fury and As I Lay Dying, are two of the most read books in the world.  He's managed to have more literary success in a decade than most have accomplished in a lifetime!