Where Shadows Fall, by Tom Fallwell 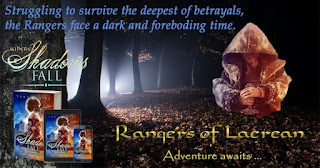 Rated 5 Stars on Amazon!
“Speckled with great imagery, Tom Fallwell’s 2nd book in the ‘Rangers of Laerean’ is just as, good as the first.” - RSJ

“It kept me guessing throughout, and had some real moments that caught you by surprise.” – reviews

“New races join the human ranks, and they are amazing. Lots of magic and unexpected twists bring pace to the adventures.” – Luciana Correa 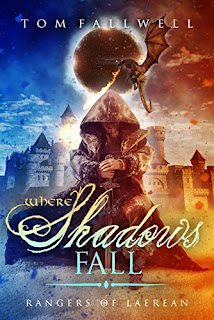 Where Shadows Fall (Rangers of Laerean #2)
When the Rangers discover that a deadly and horrific dragon of unspeakable power has been loosed upon their world, they must find a way to destroy the monster before the creature of shadows burns them all into oblivion. Complicating their efforts, the discovery of a secret and hidden dragon cult that worships the monster, and a conspiracy of dark forces from the realm of shadows, threatens to destroy the peace their world has known for centuries and bring war to the people of Hir.

Struggling to survive the deepest of betrayals, the Rangers face a dark and foreboding time, as the world of Hir changes dramatically around them.