The Shadow of Narwyrm, by Tom Fallwell 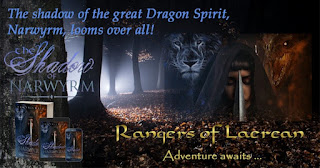 Rated 5 Stars on Amazon!
“Author Fallwell has done a great job creating characters that are vividly real and relatable. Magic thrusts action into gear in this wild ride series.” - RJS

“The Shadow of Narwyrm is an exciting climax of a wonderful series. Tom Fallwell has created a world where conflict and adventure keep the reader turning pages.” – Michael R. Stern

“The war scenes take you to the heart of the battle and you can hear the drums and the cries of the soldiers.” – Luciana Correa

“The book had me hooked from the first chapter and I settled myself in to read it almost in one sitting! It was beautifully crafted and allowed me to lose myself in the pages. Very much enjoyed!” - Joey 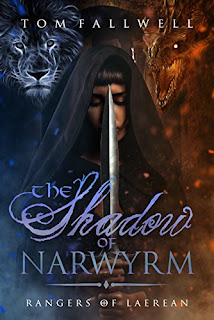 The Shadow of Narwyrm (Rangers of Laerean #3)
The world of Hir now stands on the brink of war with the demonic Manenase and their massive horde of Morok minions. Baric and his friends journey to the haunted Ghost Swamp to find the lost Amulet of Thiranor, which holds the key to stopping Doomrage, once and for all.

In the epic conclusion to the Shadows Trilogy of the Rangers of Laerean series, much lore from the ancient past is learned, while the shadow of the great Dragon Spirit, Narwyrm, looms over them all.