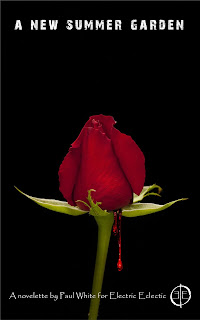 A crime drama.
Sam was a down and almost out, with little prospect for the future when he meets Rachelle, the beautiful wife of the philanderous Peter, the kingpin of an international criminal business empire.
When Peter catches Sam 'in flagrante' with Rachelle, he ensures Sam's simple life becomes complicated.
What happens next takes Sam on a surreal path, where the only plausible outcome is for Sam to end up in prison or dead... most probably both.

I have never played poker before. The only game I played with cards was ‘Snap’ when I was a child and I usually lost then. Yet somehow, by one o’clock in the morning, there was a great pile of money in front of me, bunches of twenty and fifty-pound notes.
Things were looking good.
By three o’clock my entire wad of cash was gone. So was my original three hundred pounds stake money Peter gave me.
It had all gone tits-up.
The game was wound up at four o’clock and I was in the shit. I was left with five IOU’s, totalling five thousand seven hundred and twenty pounds. The debt belonged to the two Kosovans and the big Russian, with a few hundred owing to the three Polish fellows.
They said I had one month to come up with the cash or pay with my kneecaps.
Peter laughed aloud saying it was the best three hundred pounds investment he had made in years. In fact, he said, he often paid twice that amount to fuck one of his poxy little whores.
I knew then I had been fucked over. Again.
But this was not the end of the night. Oh no, things were to get a little more complicated than just being stitched up by a jealous husband and owing a gambling debt to a bunch of unstable, possibly ex KGB type, gangsters.
It was from this point on things began to get a little bit dark.
Very dark.
Pitch black.