A little girl's story of abuse, madness, and chaos that couldn't consume her spirit. 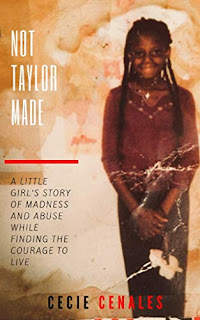 https://www.amazon.com/dp/B07HY1VV9L
This is the true story of ten-year-old Cecie Cenales who was tortured and abused by family members after her mother’s unexpected death.
Cecie quickly learns that a mother’s unconditional love does not carry over with others responsible for her care. Cecie had to learn how to deal with her grandmother’s dementia that was riddled with paranoia and abuse, her father’s angry tirades and family friends who sexually abused her and being abused within the foster care system.
With each adult she was passed off too, Cecie had to learn to live within the rules of her abusers or she was made out to be a liar. No one believed Cecie about the nightmare she was living, she had no one to turn to, but her tenacity to live and keeping her promise to her mother that she would succeed kept her alive—the idea that someday she would be loved unconditionally again.