Character Description and Why I Don’t Write it 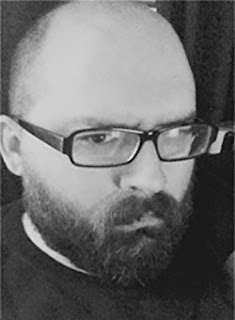 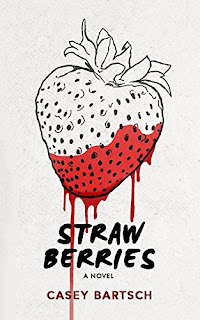 His hair was as brown as Mississippi mud, and though she couldn’t see them well, his eyes shined with light from an unknown source. He was a foot taller than her, and she couldn’t help but stare into his well sculpted chest…..blah, blah, blah.
I hate character description. At least, as it is often written. When I start a new book, I am inevitably given a list of features for the protagonist. Hair color, level of attractiveness, shoe size. Then, I immediately forget all about all of those details, because the character isn’t created in my mind by details of appearance – the character forms around what they do and see. How they react and think. My mind will then give the character a look of my choosing.
Maybe they take on the guise of someone I know or an actor that I think of. Maybe I make them up from scratch, but the point is – they never look the way the author wants them to.
So, I avoid it in my writing. Instead of trying to describe my protagonist as old and rundown, I have him inspect an old rotary phone and comment on how things used to be. I have his knees crack as he sits in his recliner. His thoughts and reactions will be that of an old, rundown man – leaving the reader to create his visage far better than I ever could. Because he is theirs now, not mine.
I think writers often put a little too much ego into what they write, and forcing a description of a character is a form of this. It may not seem like it, but denying the reader the chance to envision their own scene is a bit narcissistic. As we write our stories, the words unfold in a way that is surprising to us. Twists and turns that we never expected just ooze out our fingertips. It is the closest thing to magic that I know.
Why deny the reader that same magic?
Details that are vital to the story have to be told, but all else can be hinted at by other means, and the reader will appreciate it. How better to get into reading a book than with a character that you built, rather than one you have to keep trying to remember? It’s a bit of trickery, but any time you can fool the reader into believing that they have envisioned the scene or character themselves, the more you reel them in to your story - and the story is all yours.
The exception to this, is tertiary characters. Those few people that pop up here and there that have their 15 minutes of fame in your book, and then vanish in a puff of smoke. I like to make these characters stand out, and will describe them. I don’t give a full rundown, but I like to give each one something that the main characters can notice. Those little details don’t so much describe the unimportant character, as they describe the world in which your protagonist lives.
In short, character description is NOT character building, and in most cases is just a waste of time and space.

My novel, Strawberries, is available now on Amazon. I am nearly through with the follow up, Behind the Red Curtain – so please look out for that!

Please visit my website, and if you sign up for my newsletter, I’ll send you a copy of Strawberries for FREE! My blog, Full Blown Panic Attack, is there with all sorts of reviews and news regarding all things horror.

You can find me on Facebook, and also a group I manage called, Readers, Writers, and Watchers of the Thrilling and Horrific.