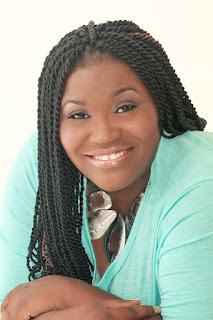 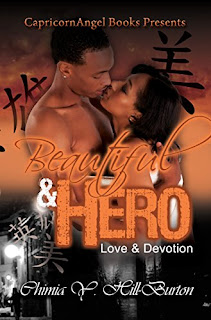 1)      What is the title of your book?
BEAUTIFUL & HERO: Love and Devotion
Ø  What is the story about?
· Seventeen year old, Derius Kenai Phillips has dealt with a lot within a year's time. After falling in love with an older woman, Derius has left his home with his mother in Florida and moves to Georgia. Derius deals with many different conflicts with his new emotional girlfriend he calls "Beautiful".
· After finally clearing up any issues between them and having his first child, Derius and Karla start living a blissful life. Until Derius's mother, Alexandra Phillips, charges Derius's girlfriend, Karla Na'Shell Jacobs, with Statutory Rape!
· Derius will not sit and let his girlfriend go to prison, so he throws himself at the mercy of the court in exchange for Karla's freedom. Now, under court order to have no contact with his twenty-nine year old girlfriend, Karla, till his eighteenth birthday, Derius finds himself tested constantly. Before Derius can return home, he will be tested on his manhood, his love and devotion to Karla, his mother and himself.
· Derius has to deal with his own emotions about being separated from his new life, his mother's continuous schemes and the unexpected new dramas that arise in this second chapter to BEAUTIFUL & HERO.
Ø  Who is the main character?
· Derius Kenai Phillips is our “Hero”.  He is the charming young man who won people’s Hearts in BEAUTIFUL & HERO.
2)     What inspired this tale?
Ø  How did the story come to you?
· Well, this is the second part to BEAUTIFUL & HERO.
· I wrote them both at the same time. I just rolled with the flow, and let the characters take over the story.
Ø  Did you have to research for this novel?
· There was some research for some of it. Just certain parts, but the rest I made up myself.
Ø  If you did research, what do you think surprised you most to learn and why?
· Since the research was so basic, it was not much of a surprise.
3)     Do you relate to your character?
Ø  Is your protagonist anything like you personally?
· Yes.
ü   If yes, then how?
o   Derius is the peacemaker.  I am very much that person in real life.
Ø  What made you write this character; were they based on a real person or something that inspired you?
· Well, Derius is the second protagonist of BEAUTIFUL & HERO. He is very important because he is Karla’s love interest, and he is why the story is told the way it’s written.
4)    Is there anything you specific want readers to know about this piece of work?
It's an unorthodox love story.  You have to have an open mind to see the beauty in it.
5)     Is this novel a standalone?
BEAUTIFUL & HERO: Love and Devotion is available right now.
6)    Where can readers purchase your book?
AMAZON - www.amazon.com/Beautiful-Hero-Devotion-Chimia-Hill-Burton-ebook/dp/B00R5KWRUY
Barnes&Nobles - www.barnesandnoble.com/w/beautiful-hero-love-devotion-chimia-y-hill-burton/1121090347