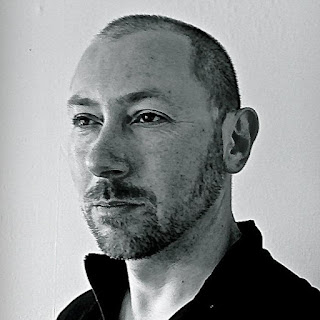 1)      Tell us about your work-in-progress, or WIP, as it’s known as in the industry…
➢    What is the story about?
·   My WIP is a Steampunk / Alternate History adventure spanning a reimagined Victorian Britain. The book will be called Britannia Unleashed.
·   In this reality, Britannia is ruled by a Queen Victoria, maintained for the good of the empire. After the death of Prince Albert, Queen Victoria is vulnerable and those of an evil persuasion know it. Hatching a diabolical scheme, the Queen’s champion is tricked into traveling to the centre of all realities, Temporalis. Here, he clashes with a fallen angel who returns with him to unleash a chain of unstoppable events on Britannia’s finest that will test them all to their limits. At such times, however, great heroes are made, and this is their story.
➢    Who is the main character?
·   There is a group of characters who define the story, individually and as a whole.
·    Foremost among these is Sir Belvedere Magnanimous Wainthrop. Field Marshall to half the world, Belvedere is considered a man of bluster and bravado. Here, however, defined by tragedy and loss, he returns from the brink to represent all that Britannia stands for: freedom, respect and the good of all. When humanity needs him most, Belvedere proves to be so much more than the world has imagined.
2)     What inspired this tale?
➢    How did the story come to you?
·   I love reading old classics. These books have always inspired me. As an author, the time period suits my writing style and I wanted to write something that redefined it. As such, I have tried to combine the best of Victorian adventures in such books as The Lost World and Sherlock Holmes into one reimagined time-spanning adventure.
➢    Did you have to research for this novel and if so, why?
·   Yes. I delved into a lot of Victorian history, but was helped by the story being divergent.
·   Free of the restrictions of factual writing, I used well-known truths as the base for my story, but with the added benefits of adding things that would otherwise have been impossible.
➢    If you did research, what do you think surprised you most to learn and why?
·   The only thing that surprised me was the same thing that always has about the Victorians, their ingenuity.
3)     Do you relate to your character?
➢    Is your protagonist anything like you personally?
·   I’m nothing like Sir Belvedere, but I would definitely identify with the investigator in the story, one Mortimer Headlock. I am very much like him in mind and build.
·   Mortimer will be the lead character in a trilogy of books running off from the characters in Britannia Unleashed, titled The Theatre of the Moon Trilogy. I already have over seventy-thousand words written.
➢    If yes, then how?
·   Mortimer is often underestimated. He uses his mind where others would jump into something fists first and later regret it. I like to think I’m more like him than the latter.
➢    What made you write this character; what made them important to you or made you want to tell their story?
·   I wanted Mortimer in the story to give contrast to Belvedere. The two are opposites, brain and brawn, but I wanted to show that everyone – whatever their personal abilities – has something to offer.
4)    Is there anything you specific want readers to know about this piece of work?
As a book of interlocking individual stories, I would like my readers, despite all that goes on, to not know the truths of the tale until the very last words.
5)     When will the novel be available for purchase?
It’s currently in the queue behind the last of The Eternals Series, Into Eternity. I would definitely hope well before Christmas.
➢    Once published, where can readers look to purchase it?
·   www.amazon.com/Richard-M.-Ankers/e/B01GEM7690
Posted by J.M. Northup at 6:48 AM