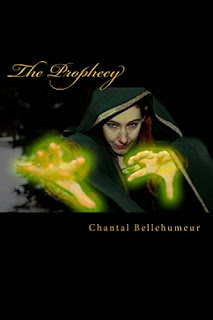 1.      Who are you?
o   What is your name?
·   My name is Lorena.
o   Are you a fictional or historical character?
·   I am a fictional character.
o   What should we know about you?
·   When I was twelve years old, I witnessed m parents getting murdered.  I was hiding in a secret room within my cabin in the woods at the time.
·   Before getting killed, my mother gave me a necklace with a white gem hanging from it.  She told me to keep it safe.  I later found out how precious it was.
·   Shortly after my parents’ death, I got kidnapped and soon discovered some family secrets along with a prophecy that involved the destruction of the queen by an army of dragons.  I was more or less forced to help ensure that the prophecy would not come true.
·   I grew up living in a castle like a princess, seeking revenge for my parents’ murder, but not knowing whom to trust.
·   During my stay in the castle, I learned magic.  I also found a way to secretly explore on my own at night, using secret passages, and discovered many interesting things that helped me in my quest.
·   I have a love interest.
2.      Tell us about your story:
o   When and where is your tale set?
·   My tale is set in a fictional land.
o   What is your personal goal?  I mean, what do you ultimately want?
·   I mainly seek revenge against the person responsible for my parents’ deaths.  I also seek the truth about tragic events that happened in the past along with proof to set the record straight.
o   What is standing in your way?  What conflict(s) do you face?
·   At first, I am not sure who my real enemy is.
·   I don’t know whom to trust, including the woman raising me, my lady in waiting, other servants, teachers…
·   I am confined to the castle walls and am constantly being watched.
·   My enemy turns out to be a very powerful sorceress who has no issues using black magic.
3.      How do I get a copy of your book?
o   What is the title or working title for this piece?
·   The title of the fantasy book is THE PROPHECY.
o   Is it available now or when can we expect to see it released?
·   The book was released in April 2017 and can be purchased on Amazon.