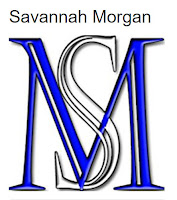 1.      Who are you?
o   What is your name?
·   Kathleen Devereaux Blackthorn
o   Are you a fictional or historical character?
·   Fictional
o   What should we know about you?
·   I’m the only child of Colorado Rancher, Beauregard Geffery Devereaux. I first met my husband while home on a break from boarding school. I was 17, Dominick was 25. The next time I met Nick, I was home from college. I had not forgotten him, but he acted as if we’d never met. He had his sweet son, Devin, with him this time and that was when I realized he was a father. It really didn’t matter, as I was home to celebrate my engagement to a neighboring rancher’s son, Edward Wilkinson. Eddie and I had grown up together and our fathers wanted the match in order to combine the two ranches. I liked Eddie, quite a lot, but I couldn’t say I loved him. I positively couldn’t say he took up as much of my mind as the handsome Dominick Blackthorn did.
·   There was just something about Nick that intrigued me. Even with his relative young age, he had a presence that made people take notice. He walked with a confident swagger, and the way he loved his son was enough to steal any girl’s heart. He adored that boy, and it was obvious Devin felt the same about his father.
·   I can’t say we had much of a courtship. I was daydreaming of Nick one day, and it seemed the next I was in his bed willing to do anything to please him. Don’t get me wrong. I am not a meek woman. I would never have considered myself submissive in any way. But, being with Nick was thrilling. His dominance in everyday life was nothing compared to his complete mastery as a lover.
·   As I mentioned, I am not a meek woman, and when I thought Dominick might be sleeping with other women, I confronted him. It was then I learned of Dominick’s predilections to more salacious sexual acts. His need to be in complete control in the bedroom countered something deep within me that I had never known existed.
·   We were married within a month of that confrontation. We now have six children, and of course I consider Devin one of my own. We’ve had our share of trouble, but we’ve always met it as a united front. Our marriage is a partnership, as is our ranching business.
·   Dominick may rule me in our sex life, but he considers me his equal in all other aspects of our life together. Some say he is ruthless. I say he is a driven man with the safeguarding of his family as his only motivation.
2.      Tell us about your story:
o   When and where is your tale set?
·   Sapphire Springs, Montana, where Dominick and I have made our home, but there are key facts from our past that began at my father’s Colorado Ranch, which is located several miles south of the Wyoming State line. It’s important that we include the Bar D Ranch because ghosts from that past will come back to haunt us. They always do.
o   What is your personal goal?  I mean, what do you ultimately want?
·   My family to be healthy, happy and loved.
o   What is standing in your way?  What conflict(s) do you face?
·   Old and new enemies. As I’ve stated, ghosts from the past will come to create tremendous problems for us in the present and future.
·   We never meant to hurt anyone, but apparently we did.
3.      How do I get a copy of your book?
o   What is the title or working title for this piece?
·   Betrayed: A SapphireSprings Beginnings Christmas Story.
o   Is it available now or when can we except to see it released?
·   You will be able to get a copy in late January, early February 2017 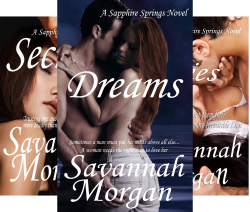 The short story
Betrayed Again: A Sapphire Springs Christmas Story
can be found in the anthology 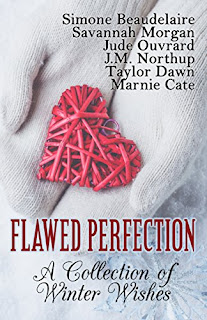 DESCRIPTION:
Nicoleta Davis is starting a new life in Sapphire Springs. Will a chance meeting with someone connected to her past bring the happiness she seeks, or will she be Betrayed Again?