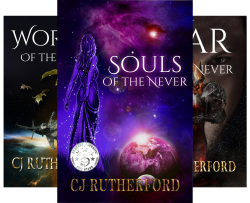 1.      Who are you?
o   What is your name?
·   Hi, is this on? Testing…testing. Umm…my name is Derren
o   Are you a fictional or historical character?
·   I don’t know. Are you real, or are you a figment of my imagination?
o   What should we know about you?
·   Hmm, there’s quite a lot. My name is Derren, and I was born around 1000 of your years ago, in the Regulan system, over 500 light years from here. My home system was wiped out by the forces of Tenybris, and when I died I was reborn as a Liberi warrior on the planet, Sanctuary. We were expected to battle the forces of Tenybris, blah, blah, blah. For me, it was all about finding the girl whose face had been haunting my dreams for decades.
2.      Tell us about your story:
o   When and where is your tale set?
·   The majority of it is set in modern day Earth, in a city called Belfast. Nice people by the way. Very friendly, and the beer is lovely. There is a second story that runs in parallel with mine, but it’s set in the fantasy land of Teralia. I don’t have much to do with that world, so I won’t talk too much about it.
o   What is your personal goal?  I mean, what do you ultimately want?
·   As I said, to find the girl and protect her from the forces of Tenybris. Oh, and to watch season seven of Friends.
o   What is standing in your way?  What conflict(s) do you face?
·   Toshi. He’s always hogging the remote control to watch the football. Oh, you didn’t mean that, did you?
·   Well, there is the aforementioned ancient evil force that is currently locked away in a magical prison. That, and a beast he unleashes to kill us all. Throw in an evil regime, a corrupt politician, and a band of misfit friends, and that’s about it.
3.      How do I get a copy of your book?
o   What is the title or working title for this piece?
·   There are three books in the series, plus the FREE prequel novella, Origins of the Never. Book one is Souls of the Never, then there’s Worlds of the Never, and War of the Never.
·   They are also available on audio book and paperback.  Here’s the link: https://www.amazon.com/CJ-Rutherford/e/B00NJ0G8I6/
·   They are also available on all the major books stores.
Posted by J.M. Northup at 12:10 PM