Mari Collier's WIP/New Release - FALL AND RISE OF THE MACAS 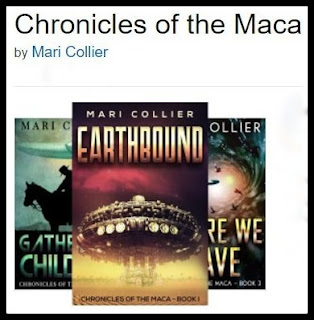 1)      Tell us about your New Release…
Ø  What is the story about?
·   Fall and Rise of the Macas, Book 6 of Chronicles of the Maca is my New Release.  It is the story of the planet Thalia, continuing its struggle to shake of the shackles of the Sisterhood and defend itself against a force that wants to take over their part of the quadrant.
Ø  Who is the main character?
·   There isn’t one main character.  Several Thalians play prominent roles.  Jolene, Guardian of the Realm is one and so is her son, Jarvis, Maca of Ayran. Then there are the Earth/Thalian/Justines from the planet Earth.
2)     What inspired this tale?
Ø  How did the story come to you?
·   Part of this tale was written years ago when I was working on the early novels of the Chronicles of the Maca.
Ø  Did you have to research for this novel and if so, why?
·   Yes, I have had to research about the different aspects of a planet, the galaxy, and for this novel, the effects of minute metal particles entering the system or the brain.  I also needed to learn about the brain’s development. The terminology in the medical world is enough to cause a headache.
Ø  If you did research, what do you think surprised you most to learn and why?
·   That our scientists know so much about the working of the brain and how it develops.
3)     Do you relate to your character(s)?
Ø  Is your protagonist anything like you personally?
·   None of the characters in this novel are like me.  Possibly Lilith and I might share a few traits, but many of my characters are male.
Ø  If yes, then how?
·   She is one of the stable personalities.
Ø  If no, how do you differ from one another?
·   She is Thalian and I’m an Earthling.
Ø  What made you write this character; what made them important to you or made you want to tell their story?
·   Thalia has always had a Kenning Woman as part of their theology. She will have been given her mission by the last Kenning Woman. She has to find the missing Gar’s Book that the Justines tried to destroy when they controlled Thalia. Without it, Thalians have no knowledge of their Creator. There had to be a Kenning Woman. She was introduced in Return of the Maca, Book 4. Only she and the old Kenning Woman knew her mission.
4)    Is there anything you specific want readers to know about this piece of work?
It’s a tale of the Thalian-Justine War survivors, of murders, romance, family gatherings, the hereditary or genetic Macas, and the dynamics of a culture different from Earth.
5)     When will the novel be available for purchase?
The Kindle version will be available July 25th, 2016 with the hardcopy becoming available a few days afterwards.
Ø  Do you have a link available for buying it?
·   https://www.amazon.com/Fall-Rise-Macas-Chronicles-Maca-ebook/dp/B01HUULEZM and other vendors will carry the hardcopy as well.  This includes Barnes and Noble.
·   You can look at all of the Chronicles of the Maca at my website:  http://maricollier.com/ 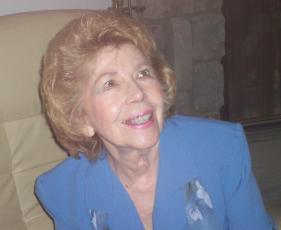