Continuing The Story Begun With

1)      Tell us about your work-in-progress, or WIP, as it’s known as in the industry…
Ø  What is the story about?
·  Time has run on since 'The Spirit of the Age', my first novel. My WIP brings the characters from the first book up to date, and adds some new ones. Some of the main characters are police officers, so there are crimes for them to investigate, whilst the location, Dorset, voted strongly to leave the European Union, and many of the minor characters from the first book are Eastern European migrant workers, so that features as well. A number of the characters have now been married about five years; their fortunes are contrasted. Stir in a measure of chaos in the person of the supernatural Sireen, who isn't married to anyone, light blue touch-paper, and retire.
Ø  Who is the main character?
·  There is no single main character. The story emerges from the intersecting lives of multiple protagonists; Skandi and Majid, Roger and Stephanie, James and Mabel, Sireen … the list goes on.
2)     What inspired this tale?
Ø  How did the story come to you?
·  I started by thinking about how the lives of my characters would have changed after the first book ended. I needed some crimes for my police to get their teeth into, and these were partly inspired by real life news coverage, but they were then combined with some conspiracy theory reflections entirely from my own imagination. I'd always intended to make the European Union referendum part of the furniture, so to speak, but since we voted to Leave, I've had to rework that area. I may have to wait until the fall-out becomes clearer to be able to finish it.
Ø  Did you have to research for this novel and if so, why?
·  Not really. My story is grounded in real life, my own life experiences and those of my friends and family.
3)     Do you relate to your character(s)?
Ø  Is your protagonist anything like you personally?
·  I have multiple protagonists, and they're all me, and they're none of them me. Let me explain. My characters have traits, some of which I recognise in myself, and some of which I have seen in others. In deciding how they're going to interact, I imagine myself as each in turn, and ask myself what I would do if I was them, with their traits.  A sort of 'Method Acting' approach to character development.
Ø  What made you write these characters; what made them important to you or made you want to tell their story?
·  I never thought to tell the story of any of my characters. I always think of the story in terms of the interactions between characters. God mode I suppose ...
4)      Is there anything you specific want readers to know about this piece of work?
If all goes to plan, you should be regularly roaring with laughter, in spite of the serious nature of some of the themes.
5)      When will the novel be available for purchase?
Hopefully, sometime next year.
Ø  Has the book already been published?
·  No
Ø  If not, when is the approximate release date? 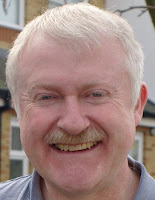