Love on the High Plains Series

Love on the High Plains Series
Written by Simone Beaudelaire 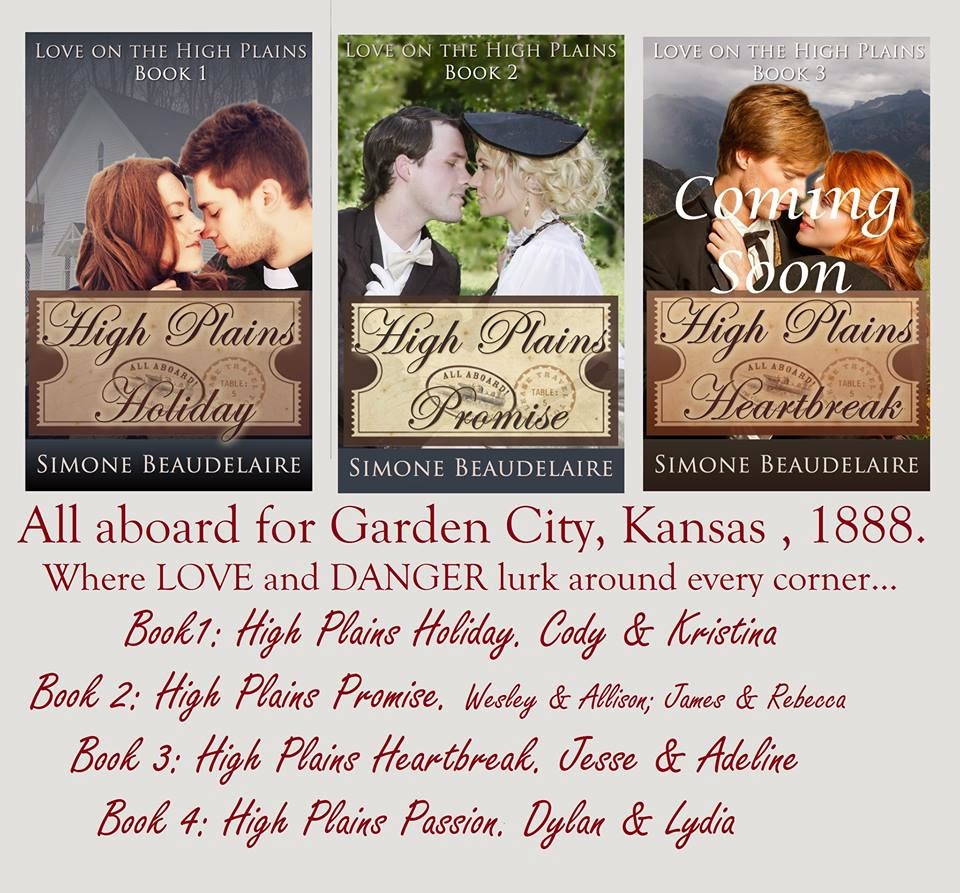 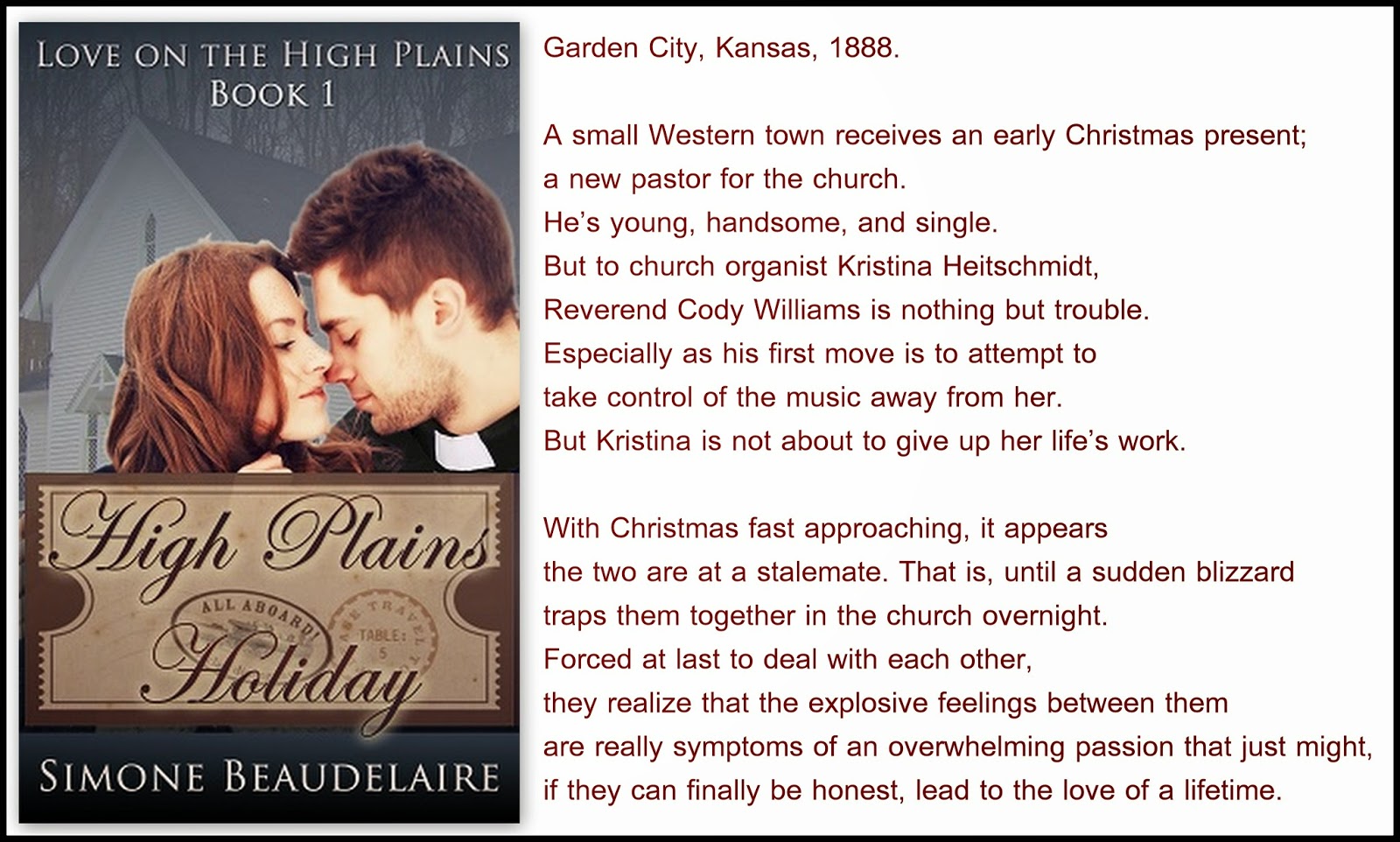 I absolutely loved HOLIDAY!
I thought the story was romantic and touching.  It was so well done!
I loved how Simone Beaudelaire not only brought the world of the 1880's to life, using the correct verbiage for that time period, but also reflecting the culture as well!
I loved how she worked in scripture and such musical details!
It made it easy to believe Cody was a pastor and Kristina was a musician.
I was surprised to hear some readers were upset with the book, finding it difficult to accept a pastor with a sexual appetite.  This surprised me because a pastor isn't only a man, but he is allowed to be married.  Further more, Simone Beaudelaire does a wonderful job of showing the Biblical support for marriage and sex by quoting scripture.  Plus, I thought the sex scenes were charming and real. 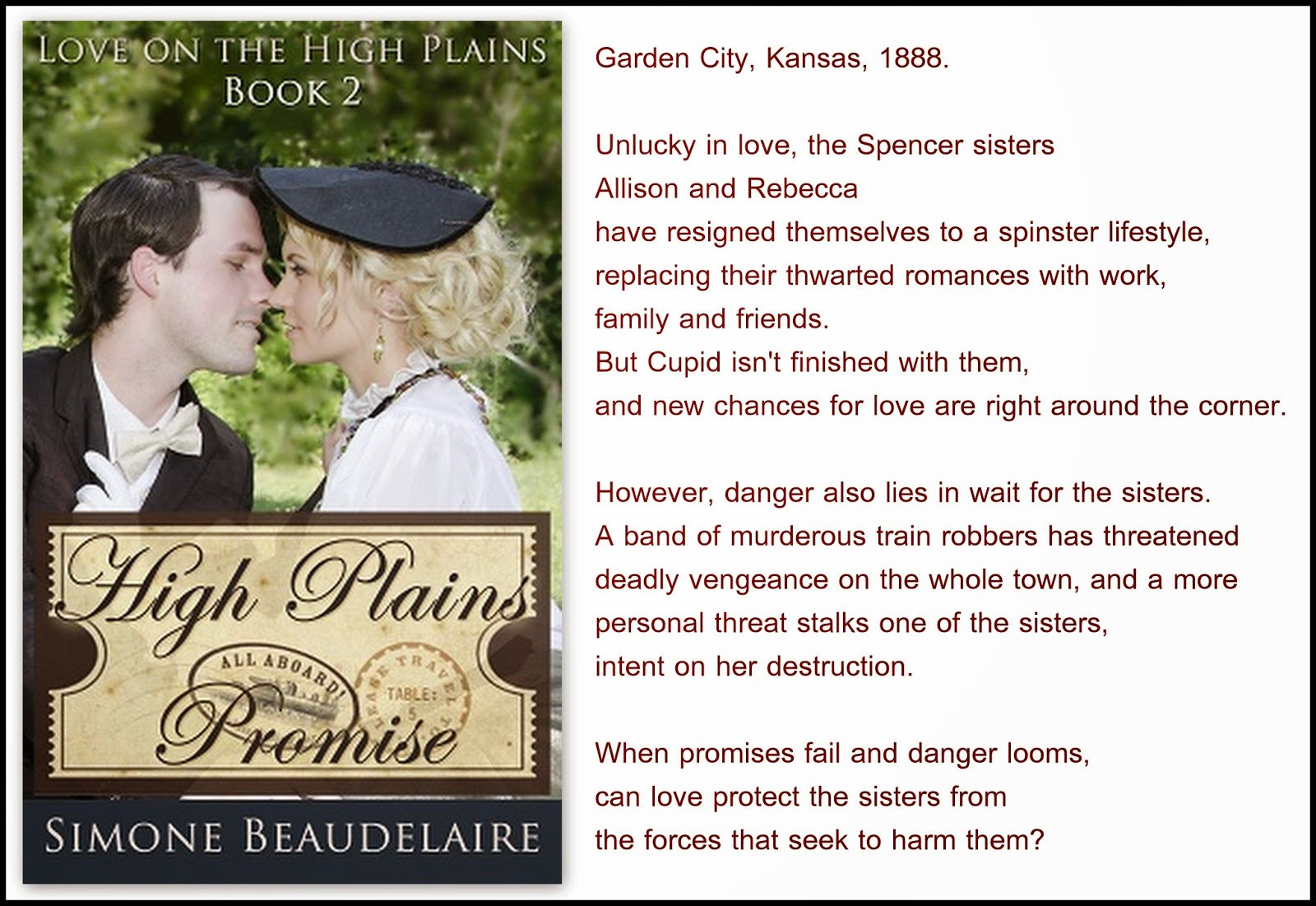 I loved this story too!  I was thrilled to have the background story to Allison and Wesley from Book 1 and then to find out the fate of Kristina's father, James and is lover Rebecca!
James and Rebecca was very sweet and enduring.  It was a wonderful tale woven in about the struggles of desire and social protocol.  It was a real depiction of what society was once like and how reputation was so important that it caused a lot of heartache.
Wesley and Allison was a difficult and harrowing love story which both angered and impressed me.  I was angry how their relationship was fraught with trials and tribulations, but knowing history the way I do, it was a true illustration of what it was like in the 1880's.  I was pleased by the accuracy and by the enduring love the couple had despite all the crazy obstacles in their way to each other.
I also felt that this book (of the first 3) was the most driving because it took me on more of an emotional roller coaster than the others because of the dual story and the way it was interconnected.  I was also surprised with how the ending unfolded.
WELL DONE! 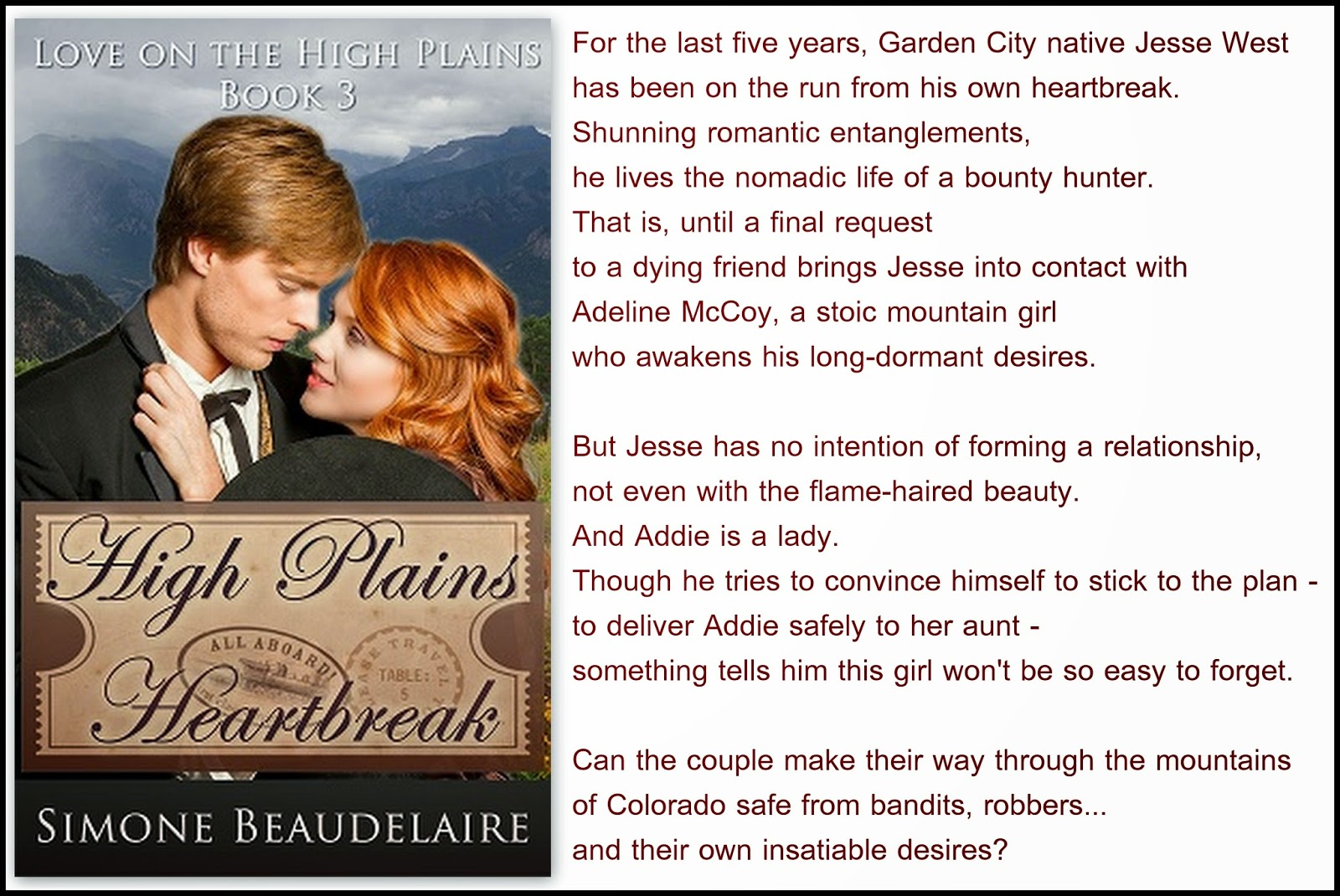 I actually started this series by beta reading HEARTBREAK.
I wasn't sure what to expect and when I got sucked into the book, and ultimately the series, I was really surprised.  I absolutely loved them!
I grew up with the generation which got home from school to watch LITTLE HOUSE ON THE PRAIRIE and I was/am a fan of Laura Ingalls Wilder's books.  That made these books really resonate with me, more than I thought they would.
I thought Addie was a great character.  She was modern and empowering, while Jesse was a strong man, capable of standing beside her.  They're journey to find each other was frustrating, as I just wanted them to profess themselves, but love is complicated and messy, isn't it?
What I found interesting about this particular book was the prejudice described in the tale.  It is something which is still relevant in the world today.