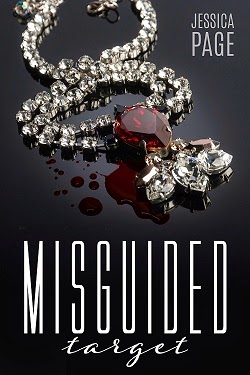 click on photo to be redirected to Amazon USA for purchase

1)                 Tell us about your work-in-progress, or WIP, as it’s known as in the industry or New Release…
This story is written from two POVs: Kendall Daley and Kane Clarke.
After meeting Senator James Clarke and his close friend, Madam Dominique Bourdeaux, Kendall Daley starts a new life as an escort known only as Raina. After seven years in the business, she has one final escort event to get through before moving onto the next phase and career of her life.

Their lives connect after a fluke meeting in a bar one night, but neither of them realizes at the time that they share a connection which will change everything. The pair is thrown into a wild ride of mystery and danger, trying to figure out why James has been taken and why Kendall has been targeted.

Will they figure it out in time? Or will their lives, love and luck run out?
Escorting the rich and powerful just got dangerous…

2)    What inspired this tale?
I love political dramas and love romance, so I wanted to write something that intertwined the two in a different way.  Oddly, I got the idea while having a chick-flick marathon night. I watched Pretty Woman and then G.I. Jane, which happen to be two of my all-time favorite movies (probably has something to do with the fact that they are both unconventional heroines and don't fall in the whole 'damsel in distress' mold that I often see).

Research is one of my favorite things because I love to learn something new. While writing this book, I had to research a ton about escorts and the laws around escorting. I researched a ton of scandals to get some insight into the 'darker' side of politics, and I also had to research a lot about Navy SEALs because I knew very little about them.  Let's just say that between all of those topics I researched for a long time and learned A LOT of interesting things.

3)    Do you relate to your character?
Well, professionally I'm nothing like my characters – I really picked professions that are very different from my everyday life. I'm not an escort nor do I intend on venturing into that field, so Kendall isn't like me in that way. And I'm not a Navy SEAL either, so Kane isn't like me either LOL! Having said that, I think I always give a few of my character traits to my characters (often unintentionally) or at times, I give them character traits I wish I had.

With Kendall, I think her fearlessness and resilience are things I envy about her. Her dedication to the things she does is a little like me, but she isn't afraid of failing – she's afraid of not trying. I want to be more like that in my life.

As for Kane, he is fearless too, but he has much more vulnerability to him. He also has a lot more doubt and judgment in his way of thinking (especially with items of the heart). I think a lot of us can relate to that (I know I can). I think I wrote him that way as a sort of reminder that it is okay to get help from someone else when you need. It's also okay to be afraid and vulnerable at times and it doesn't make you weak it just makes you human, and I enjoyed helping him find his way.

I think what dawned on me while I was researching was that people are so unbelievably complex, and our experiences have a big role in shaping who we are, or we want to be. Still, experiences are not the only thing that matter in our lives – people can either rise to the challenge of events or at times, they can find themselves overwhelmed (or out of the depths) and we need a little help. At the end of the day, there are a lot of unique and inspiring people in this world. We simply have to be open to seeing those qualities in them and try to understand instead of judging. I might not always agree with everything people do (and that goes for my characters as well), but I do try to understand their motives. The fact that I can do that (and write while doing that) is pretty great.

4)    Is there anything you specific want readers to know about this piece of work?
This is a story about two flawed people who are a little lost, and their lives collide in a very unexpected way, which has both good and bad consequences. If you like stories with political suspense and romance, then this is a great choice for you.

I hope you enjoy it!

JESSICA PAGE is a Canadian author with the indie publisher, Creativia!
Posted by J.M. Northup at 7:20 AM