My Interview with MARIO DOMINA

I was recently blessed with speaking to one of the most fascinating
people of my life, Mario Domina.
Not only is he the CEO-Producer-Founder of Thunderball Films, LLC in America, but he's also the partner and Co-Founder of Thundermania Productions, LLC with Nuala Barton in the United Kingdom!
Furthermore, this incredible man is a member of the Academy of Television Arts & Science (Production Executives and Diversity Group), The American Film Institute, The British Film Institute (BFI Champion Member),
and also Film Independent (Filmmaker Pro Membership)!

I have to tell you, I was quite nervous, though tremendously excited to speak with Mario.  I was honored that he agreed to be interviewed and that he'd take time away from his demanding schedule to actually speak with me!
I was so flattered and thankful that my friend and colleague,
Creativia author and Thunderball Films screenwriter/co-producer,
Brian L. Porter coordinated the meeting for me!
Mario was genuine, honest, intelligent, and approachable.  He was available to me for as long as I needed, even when it came to following up on additional questions I may have had.
Mario's compassion for his family, dedication to his craft, passion for excellence, and generosity in wanting to help others reach their potential is so sincere that he just awed me!
I am forever endeared to him!
I cannot tell you how much I respect this man!  It was such a pleasure to speak with him and I know you'll understand why when you read what he has to say in the interview!
There are so many amazing things I could share with you about Mario Domina!
Still, I'm going to let the interview speak for itself.
Someone as talented and kind as Mario is both rare and enchanting!
It is a gift to know him!

Mario was also interviewed by Creativia author, Carole Gill.
Just click the box below to read her amazing interview! 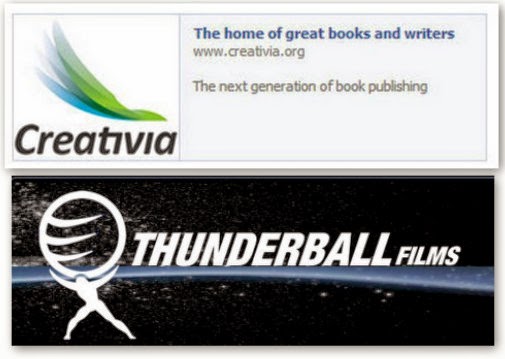