Life Is An Adventure

I was tinkering online while I was watching television this morning.
I put on one of my favorite's: THE HISTORY CHANNEL.
While I watched, a program came on called THAT's IMPOSSIBLE and I watched a couple of the episodes they were airing.
I had seen the show before, but not the episodes they were running.
The one episode that catch my attention was ETERNAL LIFE. 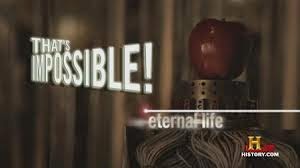 That program discussed the ideas of cryogenics, stem cell research, cloning, and technological advancements that have boosted medicine and extended human life.
It also went into the ideas of robots and how that field could effect medicine, life expectancy, and even the rise of the machine, like in The Terminator or I, Robot.
It was really an interesting program with fascinating theories.
My Thoughts
As I watched, I realized that I was a bit bothered.
I realized a long time ago that I didn't want to live forever.
I may fear how I might die (no one wants to die in pain or cruelly - most of us just want to go to sleep and never wake up again), but I do not fear death itself.
I have no fear because I have my faith.
The world is already over-populated for the resources available to sustain the live on our planet.  I would not want to throw that balance off more by prolonging lives that were meant to end years, decades, centuries before.  That isn't fair to our future generations, for one thing and for another, I am excited to see what comes next.
Life is an adventure and I don't believe it ends with death.
I believe it just changes.
I want to see those who have gone before me and I want to be there to loving welcome those who will come after me.  I want to see what awaits us all and I want to be closer to God.
I think our advancements in technology are great and important.
We need to have treatments for enriching all life in our world.
Still, we have to stop trying to play God and submit to the natural order of things too.
Like the saying goes: 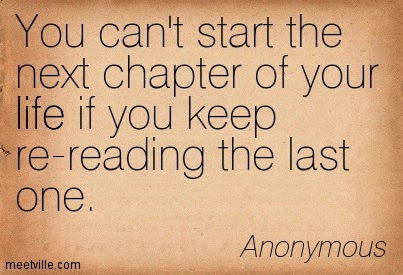