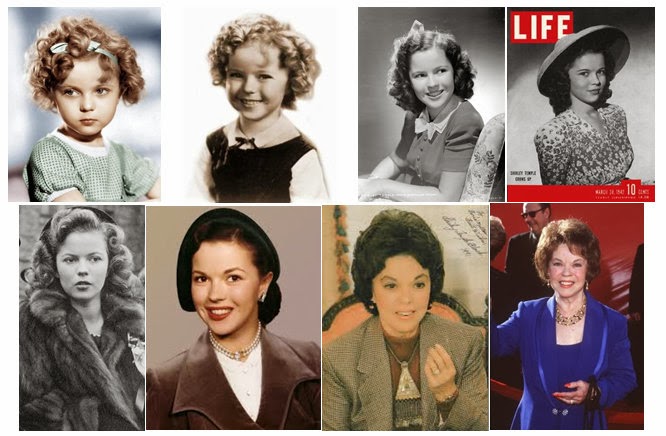 Just heard that Shirley Temple Black passed away today at age 85.
She was a beloved child star who gave joy to the masses, helping them through the Great Depression.  She was the most famous performer of her era despite her young age.  Shirley had enormous talent and a giving soul!
Though she was a huge star in the 1930's, retiring by 1949 and I was born 1971, I was a huge fan of hers; both on and off the screen.
Honorably, Shirley Temple Black became a Republican Political Conservative when she retired from her acting career.  I remember seeing her in an interview when I was a kid and she had talked about how important it was to serve her community and country.  That had encouraged her to enter politics, accept an appointment by President Nixon to be a delegate at the United Nations General Assembly, and act as an ambassador under Presidents Ford and Bush.
Shirley Temple Black gave her life to entertaining and supporting the world.
She will be missed, but not forgotten!
Posted by J.M. Northup at 2:16 PM

Email ThisBlogThis!Share to TwitterShare to FacebookShare to Pinterest
Labels: #RIP