GLUTEN-FREE: Not Just A Fad

I was diagnosed with gluten intolerance over a decade ago.  When I was first diagnosed, there wasn't much out there to help me to understand or transition to a gluten-free life.  I had to do extensive research that included contacting various manufactures directly to get information.
***Gluten can be ingested, inhaled, and absorbed.  That means you have to make sure that non-edible items are gluten-free too.  These products include soaps, toothpastes, lotions, make-up, and fragrances.***
Today, it is easier for people who have issues with gluten.  I'm so grateful for the legislation passed in 2013 that defines "gluten-free" and also enforced full disclosure labeling.
I'm also grateful to celebrities that have drawn attention to the gluten-free life.  Though they seem to do it more as a fad, the attention is leading to further awareness of gluten intolerance and creating more mainstream products to offer gluten-free options. 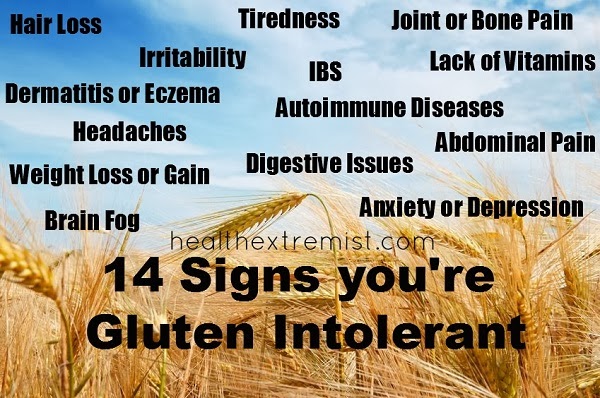 For those of us with gluten intolerance or Celiac Disease, a gluten-free life style is truly about living a healthier life.  Depending on your sensitivity level, you can have reactions to gluten as simple as an upset stomach to something as serious as death.  Many find that their disease gets worse with time and is often associated with other issues to include lactose intolerance, Irritable Bowel Disorder, Colitis, and Crohn's Disease.
Even when you have lived on a gluten-free diet with positive results, managing your disease, it can always escalate.  After time you can become unresponsive even to the strictest of gluten-free diets.
That's what happened to me.
I used to be less sensitive and I would occasionally "cheat" or eat gluten even when I knew I shouldn't.  I would tell myself that a little wouldn't hurt now and then, but the truth is that even a trace amount can cause extensive damage or death.
Eventually, I was too sensitive to "cheat" and ultimately, I moved into a worse condition.  Eventually, I because so sensitive and my body weak enough that I now have microscopic colitis and a dairy allergy that causes itchy, painful skin rashes.  I'm now Celiac and not just gluten intolerant.

***Please note that oats are naturally gluten-free, but are cross contaminated during harvesting and processing.  You cannot eat oats unless they have been certified as gluten-free***
There are a lot of great manufactures of gluten free items now.  Many items that are gluten free are also dairy and egg free since these are common allergens that associate with gluten problems.
Thanks for new legislation,you can now find clear labeling and the the GF trademark (shown above) on products.  The food is still 3X more costly than normal foods, but at least we have made some strides forward!  Still, there are a lot of hidden gluten ingredients so you need to educate yourself.  You also need to keep a vigil on changes in vendors and ingredients to products, so you must constantly read labels.
Some hidden gluten items are:
mono and diglycerides, natural flavoring, citric acid, distill vinegar, and anything malted.
***Wheat is a heavily used filler for things.  Wheat and hidden gluten ingredients can be found in things you never expect to find them such as gum, cheese, and even processed meats***
Here are some of the companies that I personally like and use:

Here is more information about gluten and what it does to one's body:
http://www.celiac.com/
Celiac disease, also known as gluten intolerance, is a genetic disorder that affects at least 1 in 133  Americans. Symptoms of celiac disease can range from the classic features, such as diarrhea, weight loss, and malnutrition, to latent  symptoms such as isolated nutrient deficiencies but no gastrointestinal symptoms. The disease mostly affects people of European (especially Northern European) descent, but recent studies show that it also affects Hispanic, Black and Asian populations as well. Those affected suffer damage to the villi (shortening and villous flattening) in the lamina propria and crypt regions of their intestines when they eat specific food-grain antigens (toxic amino acid sequences) that are found in wheat, rye, and barley. Oats  have traditionally been considered to be toxic to celiacs, but recent scientific studies have shown otherwise. This research is ongoing, however, and it may be too early to draw solid conclusions.

Email ThisBlogThis!Share to TwitterShare to FacebookShare to Pinterest
Labels: #GlutenFree